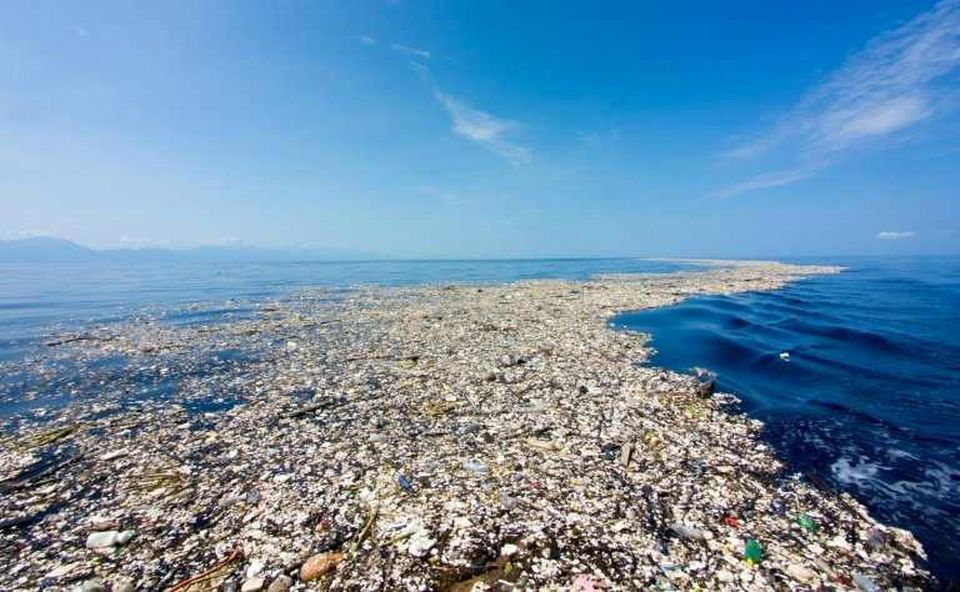 For at least the last decade, we’ve all been hearing about how trash and flotsam has been piling up in the oceans. The most alarming of these stories was the discovery of what is known as the Great Pacific Garbage Patch. This is an area of floating plastic debris, flotsam and jetsam, in between Hawaii and California, now extending to over 600,000 square miles in the expanse.

This ever-increasing plastic debris patch in the middle of the Pacific is supported in its growth by ocean currents.  This is where it gets its terrifying name: The Pacific Trash Vortex. A vortex or a gyre pulls attracts debris from different currents into a common location. It was this harsh reality that gave the impetus to researchers at the University of Miami – Rosenstiel School of Marine and Atmospheric Sciences to devise an innovative model to predict where ocean trash is likely to end up.

Without getting into the fine details, the researchers at UM accomplished this feat through mathematics. The mathematical model they developed simulates the motion of tiny spherical objects afloat on the surface of the ocean. The model was then fed data about ocean and wind currents in order to figure out how and why marine debris, flotsam, and jetsam find their way to these particular locations.

When they put their model to a real-life test they found something peculiar; the accumulation of marine debris is much too fast to be solely caused by the combined effects of wind and water currents. The size and weight of the debris and flotsam turned out to be key to understanding how ocean trash accumulates in large gyres.

The Rosentiel School of Marine and Atmospheric Sciences published the study in 2016 in the ‘Geophysical Research Letters journal. The study is titled: ‘Inertia-induced accumulation of flotsam in the Subtropical Gyres’.

When most people imagine ocean debris and flotsam patches they think of a landfill of plastic bags, straws and cups accumulated as a giant island floating in the ocean. After all, this is the rather alarmist image that has been fed to the public. However, this picture of plastic ocean debris is not as close to the truth as it may seem.

In reality, the plastic that makes up these debris patches exists mostly as ‘micro-plastics’. This means that while the area covered by these plastic patches is extremely large, its density is quite low, making it elusive to satellite imagery and even boaters and divers. The finger-nail sized plastic micro-particles that make up the debris patches might be hard to detect, but that does not make them any less harmless to marine life and ecosystems.

This fact is what makes the research done by the University of Miami even more valuable to future ocean clean-up projects. It is through this research that scientists have now uncovered the properties of these elusive micro-plastics and, more importantly, how they behave when caught up in ocean and wind currents. Since, these micro-particles are so hard to detect, being able to predict where they will tend to accumulate is a big step in mitigating this problem. Hopefully, soon, environmentalists and engineers will be able to catch the scattered micro-plastic dead in its tracks.

Why is this Important?

You might say that such a study is not confronting the issue at hand, which is the difficulty in cleaning up the already exiting patches of marine debris in the ocean. Why should we care about predictions of where ocean trash will end up if we don’t clean up the patches that are right in front of our very eyes?

The answer is simple. Over the years, plastic production has become a staple of many developing countries across the world. These nations regularly produce and consume vast amounts of plastic, after which most of it is dumped as waste into landfills and oceans. Much of this plastic is now adrift on the ocean surface in largely unpredictable ways, before accumulating into the larger gyres.

What this study allows for is the ability for marine scientists and environmentalists to get a better understanding of where plastic dumped at various sites around the globe is most likely to end up. This will help create policies that aim to reduce plastic dumping at specific sites, cutting off the source of these gyres in the future. After all, there is no point in cleaning up ocean plastic dumped twenty years ago, if the plastic from the last five years is just going to end up in the same debris patch very soon.

The research done at the University of Miami has opened up many doors for ocean flotsam clean-up solutions. From 2018 onwards, various projects began implementing innovative engineering solutions to clean up micro-plastics in the ocean, and for now, they have started with the main sites of ocean flotsam and trash accumulation.

Clean-up devices have been installed by different institutes at various sites on the Great Pacific Garbage Patch. In 2018, the Rosenstiel School launched the Ocean Clean-up Vessel which was an expedition to place cleaning devices in the water and collect data on how these devices affect marine life in the area. It is important, after all, that our engineering solutions don’t cause as much or more damage to marine life as the micro-plastics already are.

From 2019 onwards, the Ocean Voyages Institute conducted a clean-up project using state-of-the-art GPS trackers to locate large-density plastic debris in the ocean. In 2019 they removed 84,000 pounds of trash from the Great Pacific Garbage Patch, and the following year they were able to remove over 170 tons. Like most technological solutions today, we can only expect these projects to become more and more successful over time.

Given the harm that human activity has already done to marine ecosystems, global temperatures and sea levels, making head way into cleanup projects is of vital importance. After all, plastic build up in the oceans does not only negatively affect marine life, but also human life. Some long-lasting micro-plastics end up in the stomachs of marine animals, from where they enter the food chain.

When humans ingest these micro-plastic-containing-animals, it can lead to all kinds of carcinogenic and reproductive issues. This is why making headway into understanding the behavior of marine micro-plastics is essential to implementing effective clean-up projects in the future. As inheritors of this beautiful planet we call home, we are all responsible for making sure that future generations have the tools they need to mitigate and, eventually, reverse the problems caused by marine plastic pollution.